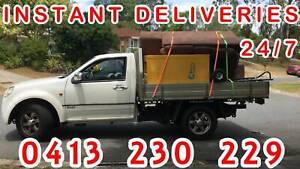 SOLD
Sorry, this ad is no longer available.
See more ads like this

3 / 5
Was helpful to begin with, had to pick up 3 items for me, I ended up with 2...One item needed to be dismantled, (which he says he does), he couldn't do it, as said he didn't have an allen key. Promised me he would work something out tonight, so silly me, paid him his CASH...I called him tonight, and he tells me "it's a bit of a hike", and doesn't know when he's going back that way, so has basically left me in the lurch. I now have to arrange someone else to collect the last item.. :(
Quality:2 / 5Reliability:3 / 5Friendliness:2 / 5
Carol
Gummie since 2015

Sorry but you didn't mention that one had to be dismantled. Happy to help dismantle if notice is given so tools can be provided. Thanks

You don't have any recently viewed items

Any items you have viewed recently will be displayed here